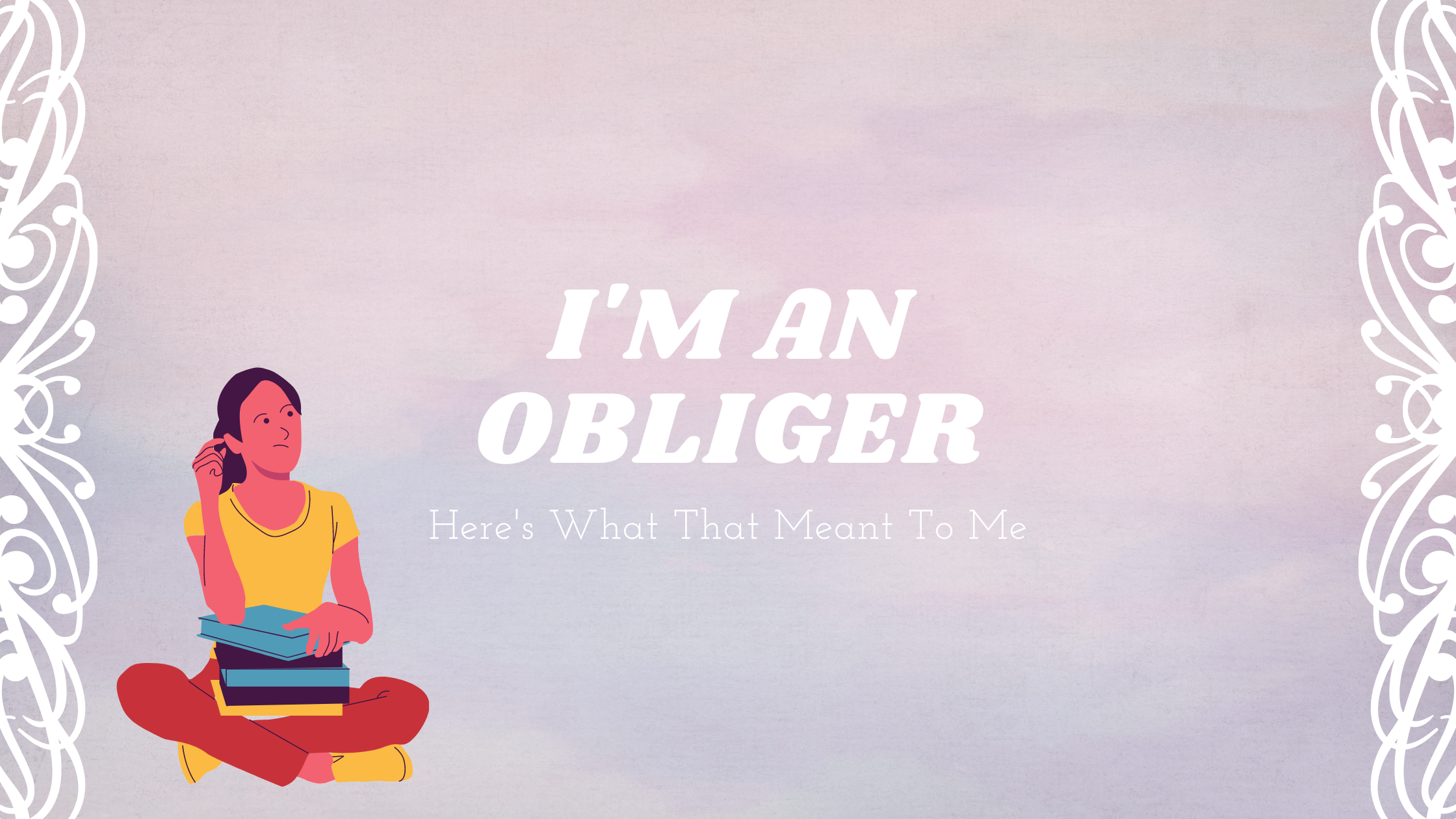 I recently read a book called Better Than Before by Gretchen Rubin that’s all about how you can develop better habits to get your life back in order. I’m honestly really bad with self-help books as eventually they tend to get preachy and it’s hard to find it relatable.

But within the first few chapters I was hooked. What I especially liked was the revelation that each person has a different way of handling tasks, or have a different set of tendencies to how they approach it. Rubin broke it down to four tendencies and even has a book that fully delves into these four tendencies (which I am now tempted to get too). They are:

It hit me as I was reading each explanation that I had always been an Obliger, that it was easy for me to follow and do what other people expect me to do. But try as I might to follow my own expectations to grow and be better on my own, it often leads to nowhere. This was especially so in my work, in which when colleagues and higher ups expected something from me I would deliver, but try to do more than that and I would doubt and falter eventually.

Looking back in my experiences thus far, it’s likely why I have struggled to do things that I am passionate about as well. They’re my own expectations, and trying to fulfill those expectations that seem to not benefit others around me makes it seem like they’re not worth doing.

So far the most apt example of me being an Obliger and it working for me had been me successfully taking workout classes with a trainer, as it ensured I kept working out. See, being an Obliger meant I needed someone I can be accountable to, and I did that with my trainer who has been great at pushing me to do my best while also being patient with me on the days I struggled. Sure, I still chose to keep going to her classes, but making her a figure of someone I don’t want to disappoint kept me going as well.

It’s one of my biggest success stories so far, as despite not losing significant weight yet (this is still a WIP after all), I will happily attribute my success to cutting off antidepressants and being in a much better mental state to the fact that I have been working out, among other factors of course.

Another interesting aspect about Obligers is that eventually when they keep fulfilling other people’s expectations and it gets too heavy they end up becoming a rebel themself and tend to do drastic things like quitting a job or cutting friendships off. Again, things I definitely have a history of and it makes complete sense because being an Obliger can be ridiculously frustrating because you are doing nothing to make your own self happy.

With all this revelation, I am a little sad that I only knew about this now. Had I known I was someone who tended to go all out to fulfill other people’s expectations than my own, I would have made better plans for myself that would see me being successful now. But that’s fine, as I am currently working on it now, even at this age. After all, it’s definitely possible that even at a young age, this knowledge may mean nothing to me because I wouldn’t know what to do with it.

These days, as I am in a much better mental state, having this knowledge gives me an idea on how I can push myself forward. It turns out that even though I am an Obliger and I can’t find someone for me to be accountable to for my personal projects, I can at least work on being a role model to an imaginary audience or even to my past self who has suffered terribly. Which I am sure someone out there is currently experiencing with right now.

As such, I hope that by sharing my experiences and thoughts it might help someone out there.

Which Tendency Are You?

It turns out a LOT of people are Obligers (according to Rubin) though my own husband revealed he was actually a Rebel. It’s been an interesting revelation to say the least, and made me curious as to how we all tend to react to tasks. As such, I would like to know which tendency are you, or think you are? Would this information help you or shape your decisions in the future? Or had you always known and it doesn’t change anything?

I highly recommend getting Gretchen Rubin’s books Better Than Before and The Four Tendencies for more information, as they’re both available on Big Bad Wolf’s Shopee at a great price!

3 Replies to “I’m An Obliger: Here’s What That Meant To Me”